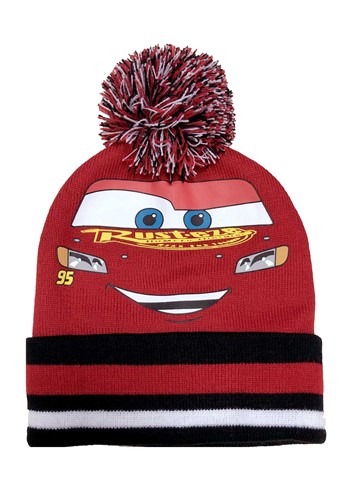 Are they built for speed, eyes always on the prize, and all gas with no brakes? Do you know a kid like that? Your little race car could have used a track last winter, but they took laps throughout the house instead. You imagined your home to be a bit more Radiator Springs and less like the Piston Cup. Alas, they floated like a Cadillac around the kitchen counter and stung like a Beemer into the living room. Instead of chaos around every corner, how delightful would it be to get Lightning McQueen Junior outside to play? Outside they will have all the room they need to transform into a Space Lightning McQueen or Daredevil Lightning McQueen.

Our Disney Cars Kids Beanie and Gloves Set will enable your little race car to get outside and burn some fuel in the colder winter months. The hat has a printed graphic of Lightning McQueen’s bumper on the front and a blue, white, and red pom on top. The red knit hat also has matching red knit gloves. Built for speed, just like the kid who wears them, the Disney Cars Kids Beanie and Gloves Set is an officially licensed Disney item.