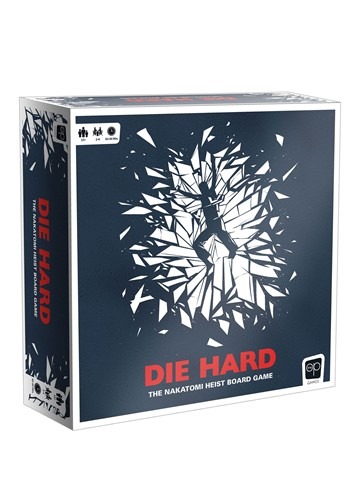 The Ultimate Christmas Board Game

Once upon a time, a group of friends and family decided to get together amidst the holidays. "Let's play a game!" announced one of the cheerful attendees. "What a lark!" exclaimed another. "A game! A game!" cheered the others. Naturally, they selected the typical holiday game that all choose. They chose their pieces, rolled dice, bought deeds to streets and built hotels. Tempers grew, tables flipped, weapons were drawn, and all soon laid dead upon the floor.

Folks, don't make that mistake. Play a real Christmas board game this year!

It is time to return to Nakatomi Plaza and live out the adventure of the glorious Christmas movie Die Hard in board game form with the Nakatomi Heist board game. In this one-versus-all style 2-4 player game, you'll spend about an hour and a half simulating the three acts of the film to see if you can arrive at a better (or worse) ending. One player is John McClane and the rest are on the team of the Thieves. Split up your decks and each will draw five cards. On each round, you'll take various actions where John's player attempts to stop the thieves and save the hostages. The Thieves attempt to kill McClane and unlock the vault.

The game plays in three different acts with a changing board, upgraded deck action cards, and an escalating difficulty on that blasted vault door. If John McClane runs out of action cards or is slain in melee or firearm fights, that player loses. If the thieves get the safe open, it's party time for them. But, if John manages to sneak around or end Hans Gruber and save the hostages, well, everyone has a happy Christmas after all!

Trying to Survive the Holidays

Don't get angry at your friends and family in games that incite violence. Instead, play Die Hard: The Nakatomi Heist and shoot each other to bits in a delightful replication of everyone's favorite movie!