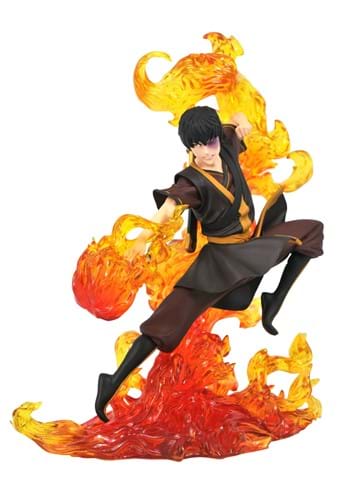 From Foe to Friend

When we first met Zuko in Avatar: The Last Airbender, we thought he was a bratty teenager working for the enemy—and we were right! But as the series progresses and we learn more about him, it’s hard to see him as evil. There are always other characters who seem to have worse intentions, while Zuko is just a kid trying to figure out who he is. And once he does that, he realizes that he’s made mistakes in the past and does his best to fix them. Ultimately, Zuko becomes an invaluable part of Team Avatar and helps them succeed, even at the cost of fighting against his own family.

This Avatar: The Last Airbender Gallery Zuko statue is a beautiful rendering of this fierce character. It portrays our favorite firebender in action, ready to fight his own nation to save the world. This officially licensed figure is the perfect addition to any Avatar fan’s collection!