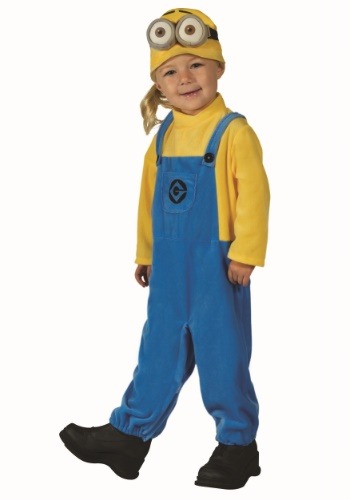 Being a parent is always going to a special sort of challenge. Not only do you have to work to keep that kiddo entertained and, ideally, just a bit educated, but you have to keep an eye on them at all times! That can prove to be an especially difficult task, especially when they have more energy than any creature has any right to possess. Just trying to keep them in a single room is challenge enough. How anyone expects more of you in a mystery.

That said, there are a few beings out there that somehow have even more energy and, strangely enough, it seems to perfectly match their ability to discover and create mischief! The Minions, of course, are the species with the singular top ranking in energy production. We suspect it has something to do with their near exclusive banana-based diet. But those little guys manage not only to go from room to room in a rate that is implausible by normal physics, but manage to appear even in different countries at nearly the same time. Do they have the natural ability to enter montage scenes, or something?

Well, if your tyke seems to be a little more energetic that you are used to, perhaps there is a bit of minion mischief going on. Surprisingly, the only way to fix this kind of a situation is actually to lean into it rather than avoid it. We can help this process go smoothly with this officially licensed Despicable Me III Toddler Minion Costume. You will enjoy watching your kiddo run around in this yellow jumpsuit with the iconic jean overalls as well as the silver goggles and the goofy hair tuft cap that completes the transformation. They might run around even more than usual for a while, but that'll only cause them to eventually tire out... so long as you do not give them bananas after midnight. We're pretty sure that is how minions reproduce. So, avoid that.