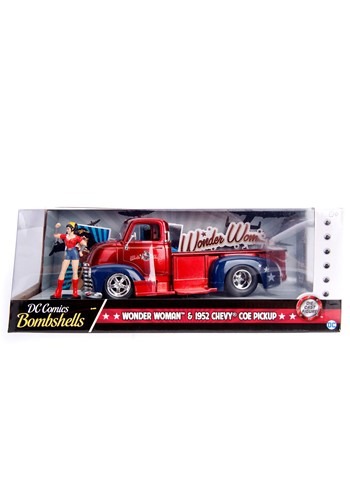 When the Invisible Jet is in the Garage

This red Chevy pickup truck so nicely matches Wonder Woman's costume! After all, Wonder Woman was first around in the 1940s, which means she really could have driven something like this! (You know before they invented her invisible jet.) That's why we think you should add this DC Bombshells Wonder Woman Chevy 1:24 Die Cast Vehicle with Figure to your collection. The officially licensed vehicle has rubber tires, and its doors, trunk, and hood all open! Meanwhile, Wonder Woman looks just like she did in the DC Bombshells series.