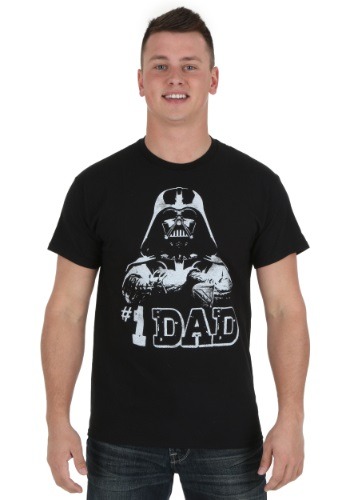 Ha! It’s funny because it’s not true. I mean, he did save his son’s life eventually, but “not letting your boss electrocute your son to death” is sort of the bare minimum in the parenting department. Rock bottom, if you will. So forgive us if we don’t get teary eyed when Hayden Christiansen sheepishly smiles at his son––oh wait, we do. Every time. Because we’re nerdy, sappy people, easily emotionally manipulated by the music of John Williams. But that doesn’t mean Anakin was a good dad! He’s pretty much the poster boy (man?) for absentee fathers. Okay, he did offer Luke the chance to rule the galaxy as father and son… Forgive us if it sounds a little Sith-y, but we wish our dads had ever said anything like that to us. That’s as good as a hundred hugs and games of catch.

But still, Darth Vader can’t be a good dad, can he? He helped blow up the planet his daughter was raised on! But when you think about it, everyone who had ever made fun of Leia, everyone who had ever been mean to her, or been prettier than her, or had cooler hair-buns were all probably on Alderaan… Sometimes, we secretly wish our dads would blow up our home planets. When we’re away, of course. Maybe Darth Vader is a great dad? You decide if it’s ironic or not yourself! Get this officially licensed Darth Vader #1 Dad T-shirt today!