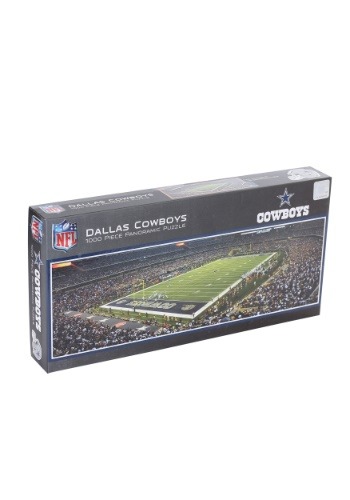 Alright, Cowboys fans, what do you say? What's that? It's 7 days until the next Cowboys game? Oh-no!

Hopefully, you're up to celebrating the big win because that's a long time to wait until you see your team take the field again. Too long if you ask us! But, we're sure there's plenty of great ways to pass the time until the next NFL kickoff. You know, to help make the week seem like it's going by quicker! One example? This Dallas Cowboys Stadium Jigsaw Puzzle. It's sure to help you make it until next Sunday!

1000 pieces, this puzzle is NFL officially licensed merchandise. The puzzle picture depicts the scene at the famed AT&T Stadium where they 'Boys play, so we know you're going to love putting it together. Assemble it with your family, and you'll have a shared way to show off how much you love the team. And how much you're ready for the next big win!