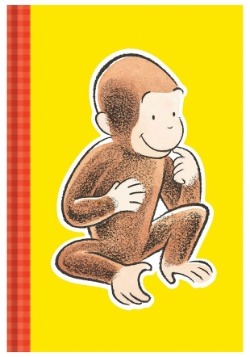 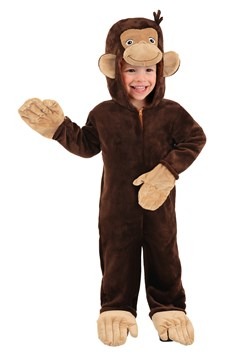 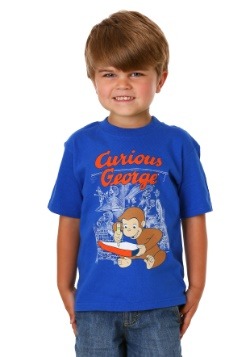 So, about Curious George. What a cool dude! More appropriately, a pretty cheery chimpanzee, as this delightful character has made a big impression over many years. And that’s because he’s been the star of children’s books since 1941!

Yessir, kids all around the world have grown up with Curious George stories, courtesy of authors Hans Augusto Rey and Margret Rey. While the character first appeared in 1939, George was named Fifi in Cecily G. and the Nine Monkeys. But, just a couple years later, Curious George officially debuted in the eponymous Curious George children’s book.

Which brings us back to why you’re here. You’re all about Curious George, or at least, you’ve got a kiddo who most definitely is! Little boys and girls love this classic character and have to say, he’s a great character to have some fun with. This is why we made sure to offer plenty of cool Curious George gifts, accessories, and apparel!

If you’ve got a toddler at home or on your shopping list, you’d be hard-pressed to find a better look for them than to have them sporting a Curious George t-shirt. Any boy or girl would be quite the fashionable tot when they’ve got this chimp printed on their shirt! If they’re really feeling the vibe, they can even be Curious George himself. That’s right, in case you yourself were curious; we’ve even got a Curious George costume!

The fun for us isn’t just getting dressed up, it most definitely includes toys and games, too. And we’re happy to offer some cool selections that feature Curious George himself! Try our Curious George Matching Card Game with your kiddo, or have them assemble one of our puzzles for a fun activity. We also have a Curious George Tin Tea Set for playtime, and even a Curious George themed jack-in-the-box for some classic fun!

Perfect for daycare, preschool, or birthday parties, our Curious George gifts are sure to provide hours of entertainment and fun. Be sure to check out our entire selection of toys and game for kids, we’ve got choices in all of the most popular themes!