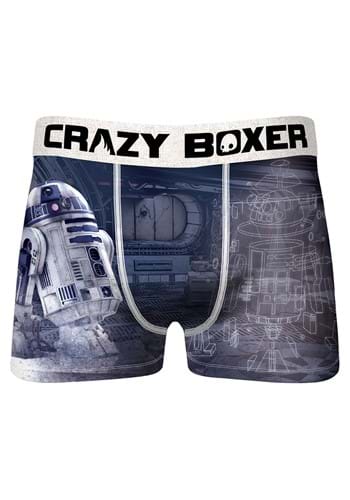 The Secret to Success

What's the secret to success in the Star Wars universe? We think it's having a good droid at your side. Just look at some of the highlights from Star Wars: A New Hope. Who helped Luke find Obi-Wan, so he could begin his Jedi training? It was R2. How did the crew escape the Death Star garbage compactor? R2-D2 hacked into the system and stopped it. Who was with Luke during the trench run? R2. Yes, it seems to us that having R2 along for the ride is always a good idea.

The folks from Crazy Boxer must think the same way, since they created these R2-D2 Boxer Briefs for men. The officially licensed Star Wars underwear features a printed design with R2 and his schematics. They're made out of a polyester and elastane blend and feature a soft, wide elastic band around the waist. Just wear them under your clothes and you'll have the greatest droid of all time in your corner! You can wear them while you head on your next mission against the Empire... or on your next trip to the grocery store. It'll be a major success either way when you have R2 on your team!