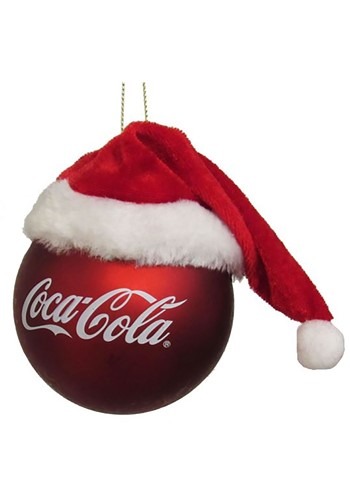 Which would you say is more classic: Coca-Cola or Santa Clause? It's impossible to say, isn't it? Marry the best of both worlds with this fun Coca-Cola With Santa Hat Ornament. It's a refreshing departure from basic ball ornaments, but with plenty of tradition of its own!