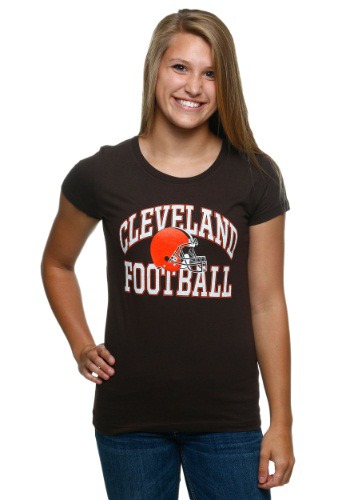 Did you know the Cleveland Browns once made the playoffs with only four wins? It’s true! Back during the strike that shortened the 1982 NFL season - which is probably one of the weirdest seasons ever, tbh - there were only 9 games to play. The NFL ignored division standings and instead had a big 16-team playoff tournament using the top 8 teams from each conference. The Browns finished 4-5 and barely made it into the playoffs as the eight seed…but they still made it! (And yeah, they lost to the #1 seed, the Los Angeles Raiders, in the first round, but we don’t need to talk about it and let’s just focus on the positives, yeah?)

Did you also know that the Cleveland Browns weren’t even an original NFL team? They started as a member the All-American Football Conference, which they straight up dominated, winning the championship every four years of the AAFC’s existence. When the AAFC dissolved, the Browns were only one of three teams that merged with the NFL (the other two were the Baltimore Colts and the San Francisco 49ers, in case you need some added trivia points someday).

Which is to say - even when the Browns are down, Cleveland fans know better than to count them out! And if you’re a proud member of the Dawg Pound, then you gotta get your paws on this Womens Cleveland Browns Franchise Fit T-Shirt! This officially licensed tee is made of 100 percent cotton and sports the Browns name and logo on front, keeping you cool and looking cute while you're reppin' for the hometown team! Go Browns!