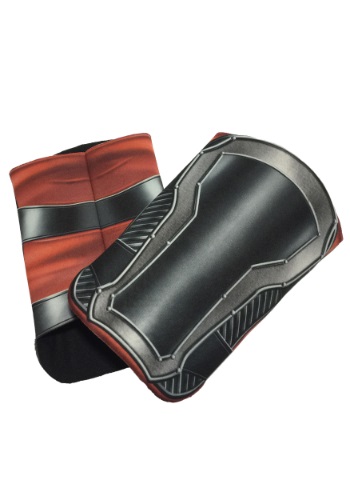 When you are the god of thunder, people have a certain sort of expectation about the things that you’re going to carry with you.  Obviously, they expect some pretty amazing Asgardian armor—and they’re going to look right at the breastplate and maybe the long flowing cape, probably take a good look at the helm or circlet to make sure that you’re looking like the son of the All-Father.  The major factor to prove that you are Thor, obviously, is the mighty hammer, Mjolnir, since there is the whole “whosoever holds this, if ye be worthy” part of things.

But, the super hero is in the super details.  And, too often, we see heroes running off into battle forgetting some key parts of their gear set.  We’re talking about these officially licensed Thor Avengers II Gauntlets, of course.  The wrist guards are a big part of any successful armament, especially when you’re going to be dealing with Infinity Gem empowered android creatures.  Any bit of extra deflection is a definite necessity!