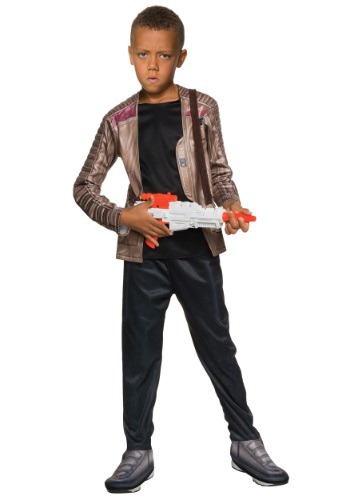 The Empire has changed a lot since its initial major loss.  Some aspects haven’t changed in any way other than getting bigger and scarier.  Starkiller?  Really!?  Boy, do we have some trouble to deal with.  But, they’ve certainly upgraded their Stormtrooper training, too.  Unfortunately, not that much has changed in terms of their training and ultimate duties.  When you are basically stolen away from your family and then set right to a fight and told to just start shooting, there are really only two roads to take:  accept the role of a killer or act to change the galaxy!  Good thing some of those Troopers have a heart of gold.  That’s how Finn joined the Rebellion and became the key to saving millions through his work with Rey and the cutest droid the galaxy will ever see.

Now, Finn’s life probably isn’t like everyone’s out there, but he no doubt represents several others out there.  We can only hope that they can come to the Rebel side and help avert future disasters just like he did.  And, the best way to make that happen is to inspire a whole galaxy of others.  If only we could think of an adorable way to show everyone just how brave and beloved that Finn guy is!

Hold up.  That’s a brilliant idea.  Why didn’t we think of it!?  You can give your kiddo the perfect chance to live out some of the epic Star Wars story and show the other Troopers what they are missing.  This officially licensed Child Deluxe Star Wars Episode 7 Finn Costume is the perfect way!  The polyester padded jacket and shirt feature that musculature that only a Rebel warrior would have.  Get a couple Finn Blasters and join up with Rey and Beebee-Ate and our galaxy will be saved in no time.