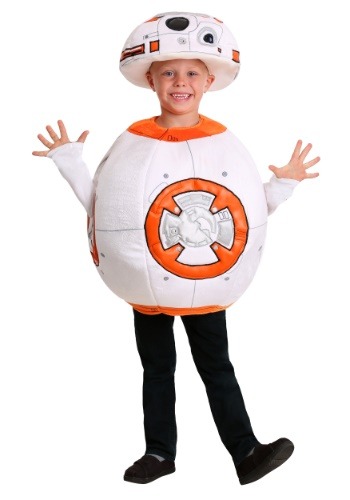 The quest for the Republic continues and we all know Rey can't do it all on her own. BB-8 and the rest of the team sure to make the galaxy is safe alongside the Rise of Skywalker! But, what happens after all of that? What is a little BB-8 droid to do when there aren't a ton of innocent folks who are depending on the rolly-polly droid's quick thinking? Well, we're pretty sure that such a future will never happen... (especially since we're still asking for him a long time later).

That's why we're starting up the next generation of stories right away. Here's the pitch. BB-8: the Droid Adventures. It's all this expressive droid, rolling around throughout the stars, making friends with everyone out there and pulling pranks on the baddies in order to save the day. Naturally, it'll be a bit of a task to convince directors and producers to get on board, so we've got to start with a casting call for the star of the show! It's time for your kiddo's audition!

Make sure your kiddo is ready for endless fun as the cutest droid we've ever seen. This officially licensed BB-8 costume for kids is the perfect way to get their blips and beeps in order. This costume is a fiberfill padded top that features BB-8's bright white and orange details, all in a rounded body. White sleeves extend from the side for your tyke's arms and the headpiece is a rounded dome printed to look just like BB-8's head.

We've had a ton of films about the Skywalkers, Jedi, Sith, and even a handful of clones. But, it's time for this delightful droid to have their time in the spotlight. Until we get the green light for production, we are sure that your kiddo will love practicing their boops in this officially licensed BB-8 costume.