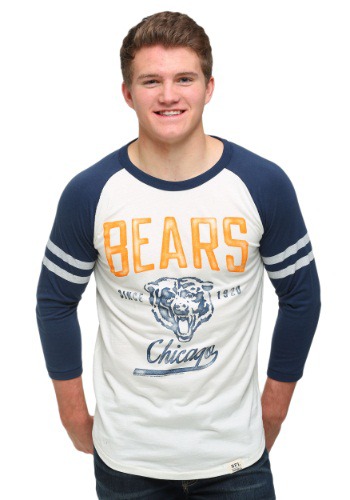 If you found yourself humming along or even standing up singing this fight song proudly, or if you already knew the lyrics by heart, you are a great Chicago Bears fan, already! However, you could even improve your fan status when you put this raglan on! When game day comes, you don't want to be stuck wearing some kind of plain old t-shirt. You want to be wearing this Chicago bears All American Raglan. It has a retro style, a comfortable fit and it has your favorite NFL team logo on the front. It's everything that a football fan needs to feel like a pro while watching the game.