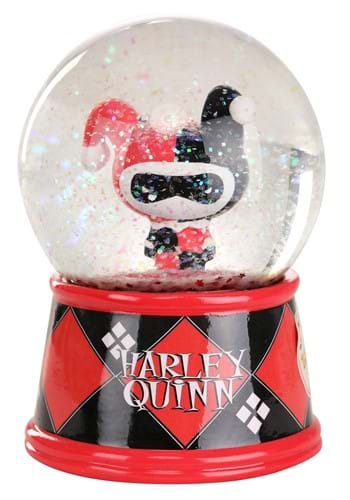 A Matter of Taste

Some people want sugar and spice and everything nice, followed by a little wintery sparkle magic. Others are more into the battle and gore and heads on the floor, along with a touch of property damage. Guess which camp Harley Quinn falls into! She's more than happy to cause mass pandemonium in Gotham on her own, or to help out her on-again, off-again boyfriend the Joker to implement his criminally insane plots. This Light Up Chibli Harley Quinn snow globe features the queen of chaos plotting her next move in a disarmingly charming glitter shower.