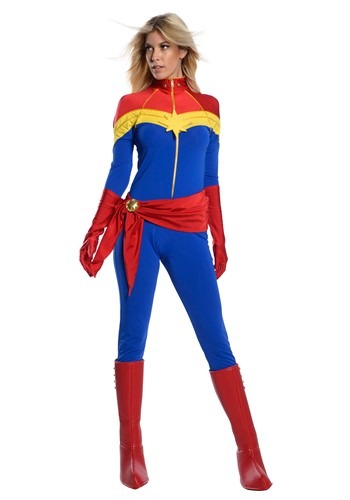 Imagine a woman with unbelievable powers. Flight. Super strength. Energy projection. Virtually invulnerable. Even with a pretty profound knack for journalism. Garbed in primary colors, Ms. Danvers has powers that no human could ever hope to achieve! But, did you know that all of that could be describing more than one superhero!? In the DC Comics universe, you'd be talking about Kara Danvers, the secret identity of Supergirl, kid cousin to the Man of Steel.

And, sure, she's pretty tough! But, could she go head to head with Carol Danvers of the Marvel universe!? In the comics, Carol is half-Kree and gains the ability to draw energy from white holes—a sort of cosmological reverse black hole that constantly emits energy instead of gobbling it up. In the cinematic universe, she gained her abilities from an oopsie involving one of the Infinity Stones. Either way, we're talking about some epic galactic powers that far exceed the Vitamin D that a Kryptonian gets from a bit of sunbathing!

Channel the might and awe of the only superhero strong enough to hold Marvel's own name with this Premium Captain Marvel costume. This is a blue jumpsuit with a front zipper that features strips of bright red and yellow at the top to reflect Carol Danver's independence from the Kree. The bright yellow starburst shows at the chest and the red sash and metallic ornament provide a great accent. Strap into your boot covers and get your red gloves ready to show what a powerhouse this gal can be!

Until we see a character named Admiral DC, we're pretty confident that there isn't a character more amazing than Captain Marvel. We know that you'll feel just as marvelous when you strike a confident pose in this superhero costume.