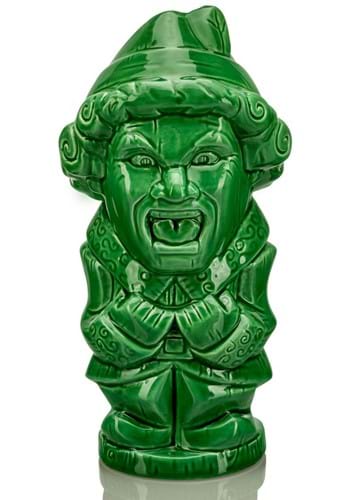 A gift for someone special

Imagine if Leon had given Buddy the Elf the wrong directions to find his dad. Instead of going through the 7 layers of the Candy Cane Forest, he took a wrong turn at Licorice Lane and ended up walking through Jawbreaker Jungle. When he should have been swirling through a sea of swirly twirly gumdrops he floated down the edge of the Carmel Coast. Instead of walking through the Lincoln tunnel, Buddy found himself walking over, none other than, the Golden Gate Bridge. Once Buddy figured out his terrible mix-up, he decided to see the sights of the city before he made his way across the country. He wandered into a tiki bar instead of a department store and thought it would be the perfect place to find a gift for someone special—his dad. We’re pretty sure a tiki mug isn’t exactly what Walter Hobbs wanted for Christmas, but he sure would appreciate it more than, well, you know.

This Buddy the Elf Geekie Tiki mug is an officially licensed Geeki Tiki item. The ceramic mug is carved with great detail to portray Buddy and his overwhelming excitement when he found out Santa was coming to town. The tiki mug holds 12 ounces of liquid and endless ounces of fun. In addition, it’s dishwasher and microwave safe.