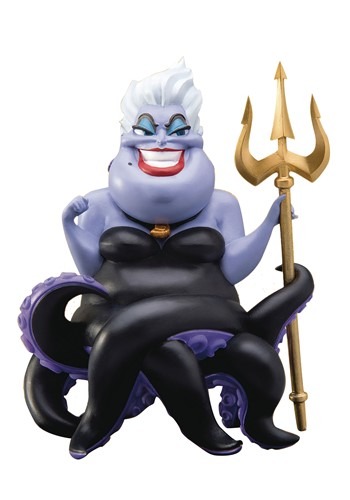 Maybe Ursula gets a rad rap.

After all, she was only trying to help Ariel meet the man of her dreams! Sure, there was that pesky contractual clause about taking the Little Mermaid's voice and potentially trapping her forever if she couldn't get a kiss in three days, but that's just the fine print! Ursula probably didn't even know all that legalese was even there!

If you've always identified more with a wicked sea witch than the rest of those "poor unfortunate souls," we've got the thing for you: this Beast Kingdom Disney Villains Little Mermaid Ursula PX Figure. The officially licensed figure is 3.5 inches tall and shows Ursula in all her scheming glory, complete with the trident she worked so hard to obtain. Now who's the poor unfortunate soul?