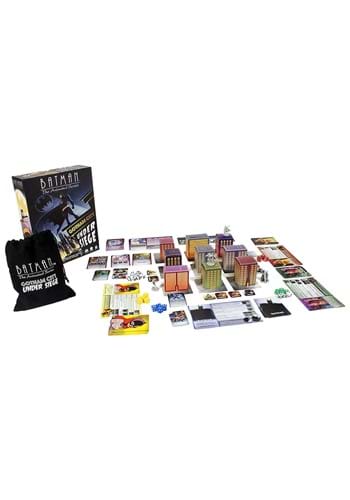 Batman: The Animated Series Gotham Under Siege Board Game

The most infamous villains in Gotham City have captured the streets, and now it's up to you to defeat them. The Batman: Gotham Under Siege Board Game puts you in the shoes of the Caped Crusader. One to 5 players can play together to take a bite out of crime. The game takes 45 to 60 minutes, but you can play again and again. It's officially licensed and the art from the animated series, along with the 3D Gotham City buildings, will draw you in. You'll feel like you're really swinging from a Batrope, driving the Batmobile, and stopping criminals in their tracks.