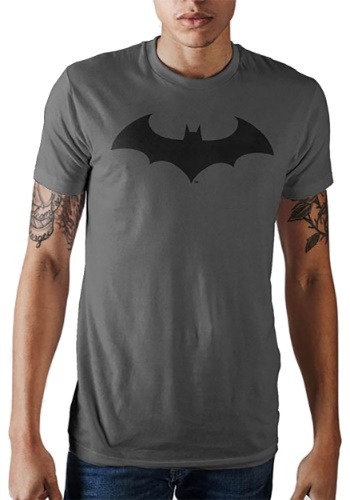 See It, and It Says It All: Batman

Batman, as a man and a superhero, is a complicated human being. Because he is just a human being, he is remarkably different from another comic book heroes who possess unhuman superpowers, like flight or unearthly strength. It is easy to pin lofty labels on Batman: Dark, brooding, brilliant, revenge-seeking.

Since his first introduction in 1939, Batman ranks as one of the most widely known crime-fighters in the world who resides in the imaginary city of Gotham City. Yet, the Batman logo remains one of the most simple, effective and easily-remembered character logos in the world of comic books. It also is the graphics beamed and sent into the night sky from the Bat-signal.

Wear this t-shirt showing the simple but powerfully-presented Batman logo. It's a symbol that tells of Batman's virtues, character, and more than 80-year history in literature and entertainment.

No Fluff. Just Rough to Battle the Villians.

Henry Wadsworth Longfellow said: In character, in manner, in style, in all things, the supreme excellence is simplicity. In Batman's story, the legion of his fans knows that this simplistic design says it all about a complex character.