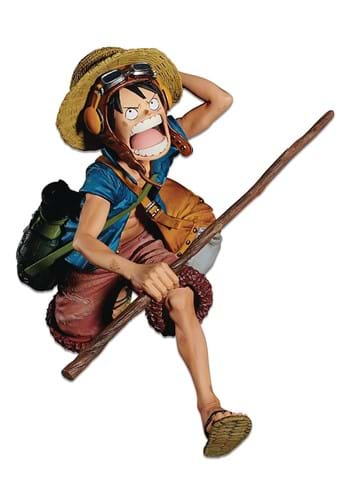 We're pretty used to seeing Monkey D. Luffy in red. He's always sporting his signature gear, a pair of blue shorts and a red shirt. Every now and again, Eichiro Oda likes to mix it up though. This time around, he's wearing a blue shirt and a pair of red shorts. Of course, he's still sporting his straw hat... because that's just sort of his thing! No matter what kind of wardrobe changes happen, he always has that hat with him. (It's sort of important to him.) This One Piece Chronicle Figure Colosseum Vol. 1 Monkey D. Luffy brings you the iconic character wearing an alternate outfit. The figure is made entirely out of PVC and stands around 6 inches tall. He's holding a stick, carrying some extra bags, and he's in a rush to get into your collection!