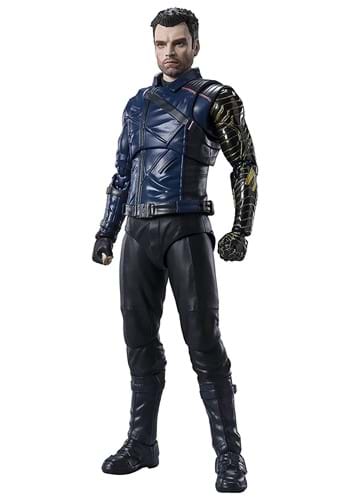 More than a Metal Arm

Bucky Barnes has gone through a lot. He was captured during World War II, saved by his best friend, Captain America, lost his arm, got captured again, and then he was transformed into a living weapon to execute deadly missions for HYDRA. Now that he's finally been released from the mind control prison that he's been living in... he's got some stuff to figure out. But you can believe that he'll bring the fight when the moment calls for it! And this Winter Soldier Action Figure brings the fight to your collection!

This SH Figuarts Bucky Barnes Action Figure comes officially licensed from Marvel's The Falcon and the Winter Soldier series. This figure comes with interchangeable hands and an interchangeable head. The figure has various points of articulation, so you can pose him in many different battle poses. He stands nearly 6 inches and even comes with a stand. He's ready to figure the rest of his issues out while he hands out with the rest of your Marvel collection.