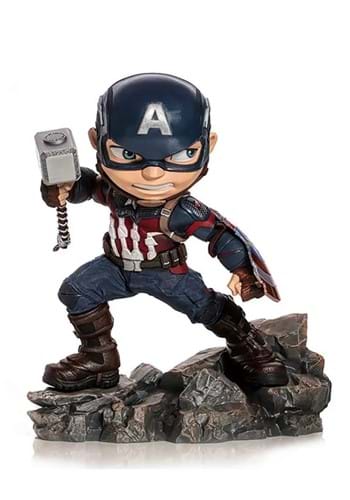 The Star-Spangled Man with a Plan

Whether he's fighting Hydra during World War Two, defending the world from an attack of space monsters led by the Trickster God from Asgard, or protecting modern times from...Hydra again, Steve Rogers will always have a plan: Win by doing what's right! His noble heart is what allows him to pick up Thor's hammer and keep fighting even when all hope seems lost. If you love the First Avenger's courage and devotion to the American Way, treat yourself to this awesome Marvel Avengers: Endgame Captain America collectible!