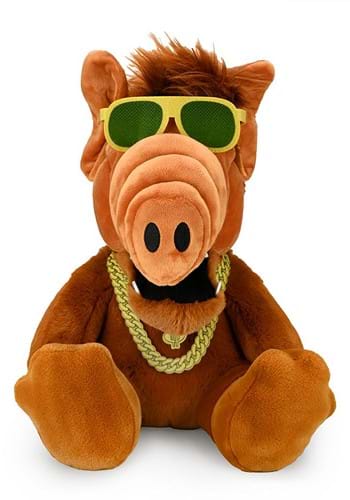 Who's Hungry for Some Cat?

When he crash-landed into the Tanner's garage, our favorite Alien Life Form set the stage for the rest of his relationship with the family. Sometimes he was awesome, like the time he discovered that his spaceship's platinum piping is super valuable on Earth, so he bought Willy a sports car. Sometimes he was...just mostly destructive, like the time he crashed Willy's sports car right after he bought it. But most of the time, he's just cuddly and loveable. This officially licensed ALF HugMe Soft Figure is perfect for fans of the nostalgic TV show!