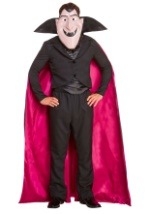 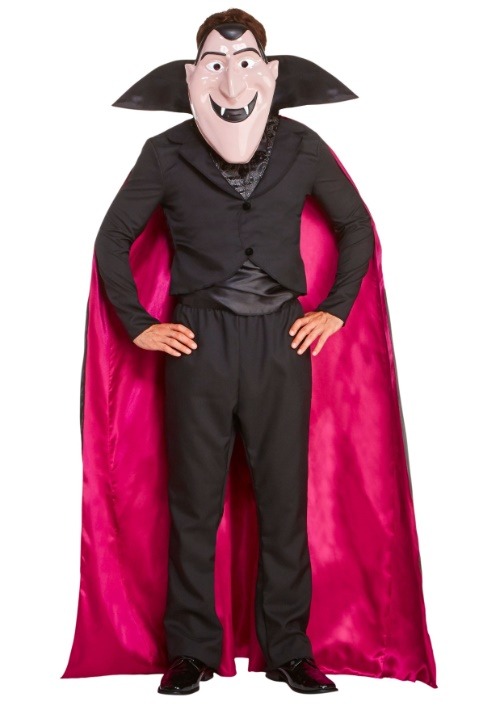 A Whole Other Side

Dracula gets a bad rep. It’s always that he’s sucking some poor villager’s blood, or terrorizing the neighborhood, or living in a creepy castle and sleeping in a coffin. Well, we’re to say that…yes, those things are pretty much true, but there’s another side to the story. Did you know that Dracula has a teenage daughter? It’s true, her name is Mavis and she’s constantly getting up to all sorts of teen shenanigans. No wonder he can be a little mean to the peasantry—being a dad isn’t easy. If you can identify with that, then maybe this Hotel Transylvania the Series Dracula Classic Adult Costume is for you!

In this classic look, you’ll be able to explain to everyone that vampires have the same burdens and stressors that we all do. And that maybe, just maybe, we should try to be a little more understanding about them and their needs, you know?

Or, you could totally go the other way and be just as scary as the reputation Dracula has earned himself. Either is easy to accomplish in this classic vampire getup. This officially licensed costume consists of a jacket with an attached vest and matching pants. Included is a lined cape that attaches to the jacket at the shoulders and a terrific mask made of hard molded plastic. Finally, the cravat completes the full ensemble and gives you volume as a fearsome (or relatable) vampire. Don’t forget to practice a Transylvanian accent—nobody believes a vampire that talks like some average dad!

Regardless of how you choose to explore your character within this vampire costume, make sure to keep an eye (or nose) out for any garlic laying around. People love garlic bread, and easily forget that it can be just the worst for vampires—dads or not!