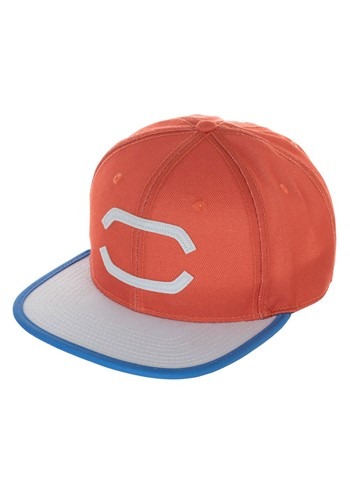 The Hat of Champions

Ash spent a lot of time narrowly losing on championship matches. He came close tons of times. He came 2nd in the Johto League Championship match. At Whirl Cup, he made top 16, but couldn't finish out the competition with a victory. The Indigo League also only saw him get top 16. So, what's the scoop? How come Ash, the Pokemon Trainer who's vowed to become the best, can never seem to land a1st place in these things? We think it's his hat.

In Pokemon Sun Moon, Ash's luck finally turned around! He won the Alola League... and he's now the reigning champion! He looks mostly the same, he still has an over-reliance on Pikachu, and yet, this time he came out on top. What was different? Well, he changed hats! he stared wear this Pokemon Snapback!

This Adult Ash Cosplay Pokemon Snapback is inspired by the hat worn by Ash in the Pokemon Sun Moon series. It's a simple design and features an adjustable back. You can place it on your head when you engage in Pokemon battles, turn it backwards when stuff "gets real," and you can even just wear it as your normal, everyday hat!