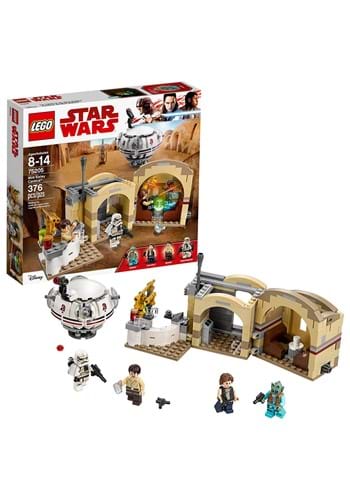 The Shot Heard Around The Galaxy

One of the most asked and debated about scenes in all of Star Wars comes from the first ever released movie in the franchise, A New Hope. Who shot first? Was it Greedo or Han Solo? Now, we could go on about this topic for hours, but that's not what we are here for. Instead, we'd like to introduce you to this Lego Star Wars Mos Eisley Cantina Building Set.

Recreate the confrontation between the beloved smuggler and the greedy bounty hunter once you complete this 376-piece building set. Once you build this iconic cantina, you can have the first shot come from whoever you want!