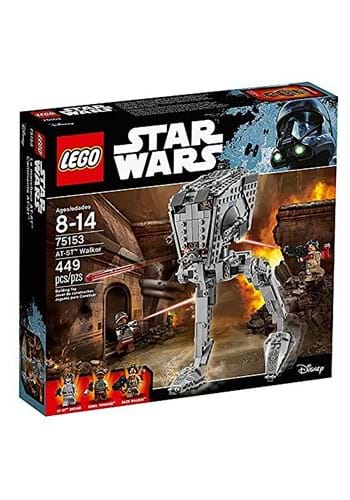 The Rebel forces are at it again. They're trying to stop the dutiful Empire from spreading peace and love throughout the galaxy with its iron fist. Well, now you can help the Empire take care of those Rebel scum when you build some powerful weapons for them. Start with this Lego Star Wars AT-ST Walker Building Set. It will give you all the parts needed to build one of the Empire's most useful mobile units!

With only 449 pieces, you'll have no problem slapping this mechanical menace together. You'll even have the pieces to build a handful of Minifigures. One that can pilot your newly built Walker while the others give it their best shot to stop this unstoppable destructive machine!