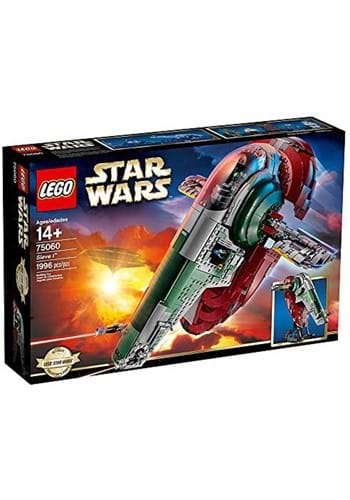 Very few ships have the brutal history of being piloted by not one, but two legendary bounty hunters. Both Jango Fett, and later on, his son Boba Fett, fly the iconic Slave I through many missions. This ship has seen the beginning of the Clone Wars, and is still flying after the fall of the Empire. Now you can get your hands on the Lego Star Wars Ultimate Collector's Series Slave I Set to prove your devotion to the bounty hunter lifestyle. This set comes with 1996 pieces and a display stand to show the ship in its unique flying position!