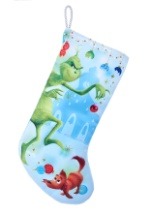 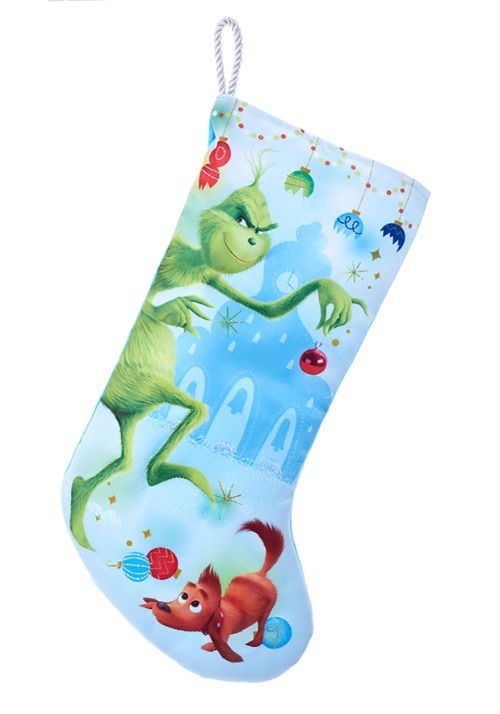 We've come to sympathize with the Grinch in our older age. As a child, we thought he was the epitome of vile, (who steals the Who Hash? Who does that?!) but as an adult, we completely understand the Grinch's plight. First of all, the citizens of Whoville are pretty obnoxious. Gathering in the center of town and singing as loudly as humanly possible is senseless and intrusive, but yet, the Who's do it anyway. It's rude to those sleeping or people like the Grinch, who hate celebrations of all kinds. We can't blame the Grinch for his Grinchy behavior; we'd also get annoyed living so close to these bad-mannered ninnies!

If you're on Team Grinch too, then this stocking is perfect for you. (Hey, we just pulled a Dr. Seuss and rhymed!) The naughty Grinch w/ glitter satin stocking is the best Christmas decoration for all you Grinch supporters out there. It's great for those prone to saying "bah-humbug" a few times throughout the holiday season!

If you're a fan of the 2018 animated movie, The Grinch, then you'll love this officially licensed stocking. Measuring approximately 19-inches long, this stocking is from the Kurt Adler collection and features a handy fabric loop for easy hanging.

Transform your entire home into Mount Crumpet by lining it with lots of Grinch merchandise!