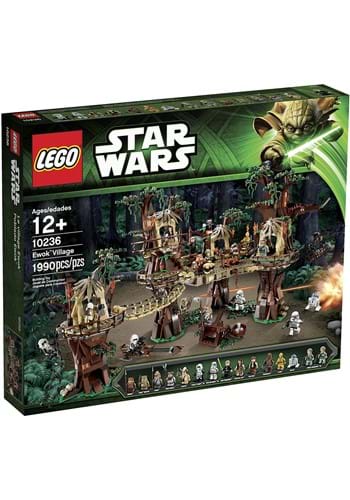 The Village in the Trees

It is time to assemble the fall of the Empire! On the moon of Endor, there lies an Imperial bunker that needs sabotaging. But that isn't the only thing on this densely forested moon. The locals are small, furry, and have some really sharp sticks. But can they be convinced to fight off the foreign invaders? It's up to our heroes, and perhaps most importantly, the shiny translator C3PO to build a connection with the Ewoks. Build the Lego Star Wars Ewok Village set and replicate the scenes from Return of the Jedi with 1990 pieces!