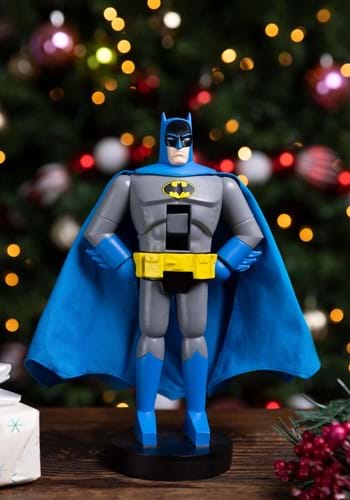 A silent watcher sits in the shadow of the Christmas tree. Gotham's defender has heard the rumors: A Rat King is plotting to attack on the night of Christmas Eve and ruin the holiday. Not on Batman's watch! He's defeated the Joker. He's defeated Bane. He's not afraid to throw a few shoes at a rodent. Wait. If he defeats the Rat King, does that mean that he gets to dance with the Sugar Plum Fairy? Awesome! This officially licensed 10 Inch Batman Nutcracker is a hilarious way to add some DC to your Yuletide.